ScummVM is Virtual Machine, that allows you to run adventure games created for a number of game creation engines. This is a great way of playing those classic adventure games that you loved so much, or never got a chance to play at the time. Some of them such as Beneath a Steel Sky have rarely been bettered and can provide hours of fun.

The virtual machine supports a number of game engines, but the most well known are: 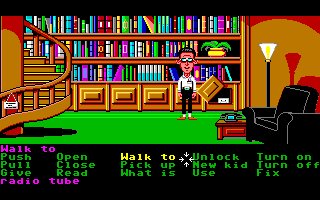 This, as the full name suggests, was written by Lucasfilm Games/LucasArts to make creating the game, Maniac Mansion, on the Commodore 64 easier. Because the game was created using the SCUMM engine, it made porting the game much simpler and hence found it's way to numerous platforms. This engine and later versions of it were used for other classic adventure games such as Zak McKracken and the Alien Mindbenders. 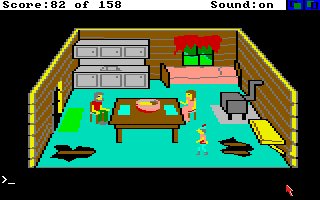 This was developed by Sierra online to create their early adventure games. AGI was best known for its use in the Kings Quest and Space Quest series of games. 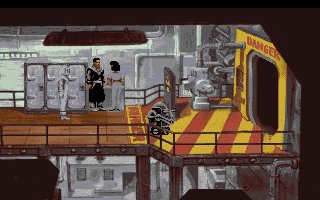 This engine was developed by Revolution Software to create their new adventure games. Virtual Theatre was used in a number of games including my favourite, Beneath a Steel Sky.

ScummVM comes included with most of the popular Linux distributions. It is also available for lots of other platforms such as AmigaOS, Wii, Mac OS X, Windows and many more. There are pre-compiled binaries available from the download page of their site together with clear installation instructions.

Getting Games to Play on ScummVM

There are a few games that have been made available for free, and can be downloaded from the ScummVM download page. Alternatively you can look at the documentation on which files are needed to use your game with ScummVM. A full list of compatible games can be found here. The games are regularly sold on Ebay and some of them are available in compilations from Amazon.

Beneath a Steel Sky was released for the PC in 1994 by Revolution Software. It was received well and has gone on to be considered a cult classic. It uses the Virtual Theatre engine which was first us...   Read More


Using Vice to emulate a Commodore 128 running CP/M works very well, but it isn't easy to get CP/M files directly onto and off a .D64/.D71 disk image. The easiest way to do this under Linux is to use c...   Read More