Breakout style video games were pretty popular at one time both at Arcades and on home computers. The games are based on a simple concept where you have to destroy a group of 'bricks' at the top of the screen by bouncing a ball off a paddle at the bottom of the screen. This paddle can be moved left or right to meet the ball. According to Wikipedia, Breakout was released in 1976 by Atari, Inc. I have found two versions for CP/M which are both quite playable. 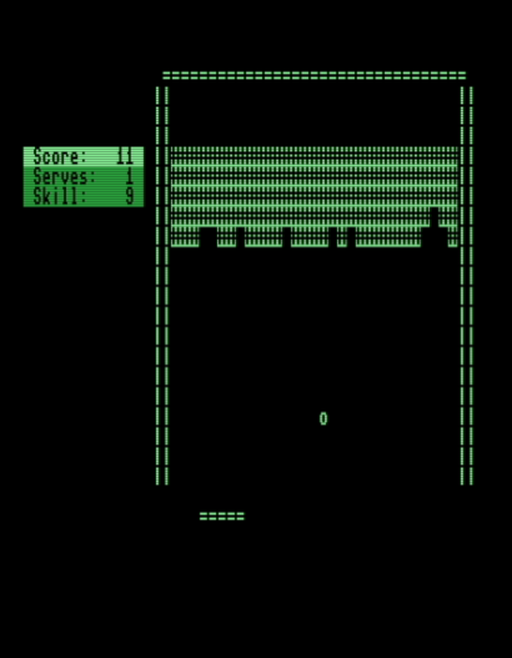 DBlick is the first conversion for CP/M that I came across. It was written in Turbo Pascal and released in 1984 by D. Griffith and Andrew Zaslow. The included source code says that it is configured for a Kaypro but as it uses ADM-3A terminal codes it will work with other machines that use or emulate this display such as the Commodore 128.

The game allows you to enter a skill level which governs the speed of the ball. On the Commodore 128 I find that level '9' (Impossible!) is the best setting because the 128 runs CP/M fairly slow. DBlick has a nice looking layout with a scoreboard but it redraws the entire screen each time you miss. It also doesn't get the bounce quite right as the ball goes past the paddle before bouncing back. 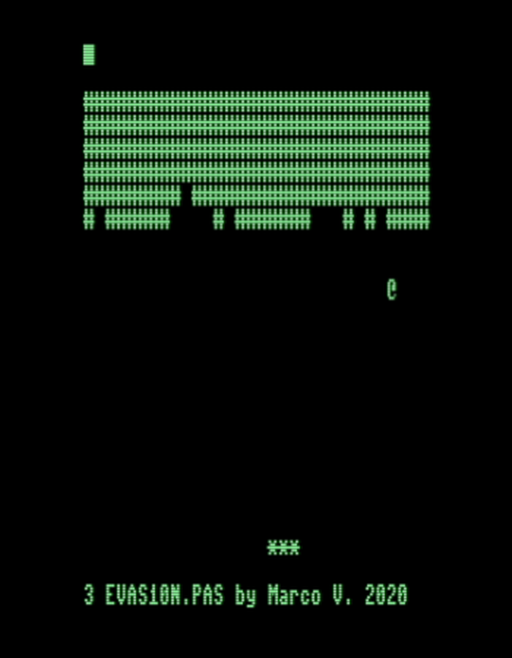 EVAS10N by Macro's Retrobits is a 2020 rewrite of a BASIC 10 liner game written for the ZX Spectrum. The README says that it was written on a ZX Spectrum Next and like DBlick it is also written in Turbo Pascal and includes the source code. To run this on the Commodore 128 I needed to use the commented out character definitions for the ball, bat and bricks as well as alter the delay to 60.

I prefer the way this game updates the screen and it feels smoother. However, it doesn't have a score board although this is understandable given that it is a rewrite of a BASIC 10 liner. It would be easy to extend this game with a score if desired.

The following video shows the two games being played on CP/M and the source code for EVAS10N being altered and compiled in Turbo Pascal.

Hamurabi is probably the best known land and resource management game on CP/M. However, there are a few other similar text-based games that sought to extend the concept such as Dukedom and Kingdom. T...   Read More