CP/M is by default a text-only affair. However, many of the machines that can run CP/M have hardware that would allow them to display graphics. As BBSing started to grow so too did the distribution of electronic images in formats such as: .RLE, .PCX, .GIF and .BMP. Therefore, programs were written on popular CP/M machines to display these pictures. Each program was hardware dependant because there were no standard operating system calls to interact with the graphics hardware. There was GSX-80, but you still needed a hardware dependant screen driver for each machine and not that many machines had them, plus it was pretty slow. There were also programs that printed the image to a printer rather than display on screen. This was particularly useful for those machines that didn't have sufficient graphical hardware or a version couldn't be found or adapted for them.

The main image formats, prior to 1990, were are as follows. 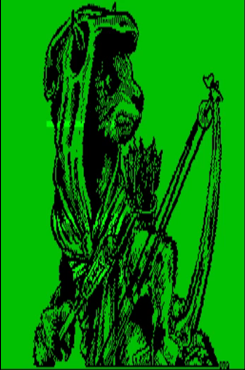 CompuServe developed what is probably the earliest widespread image format in the mid eighties, possibly before 1985. It encodes black and white images in resolutions of 128×96 or 256×192, compressed using Run Length Encoding. This had the most widespread support and I've found the following RLE viewers for CP/M on the Walnut Creek CD:

MacPaint was released in 1984 by Apple and its image format used a form of Run Length Encoding called PackBits. The images are always 576×720 and monochrome. I found one viewer for this on the Walnut Creek CD: 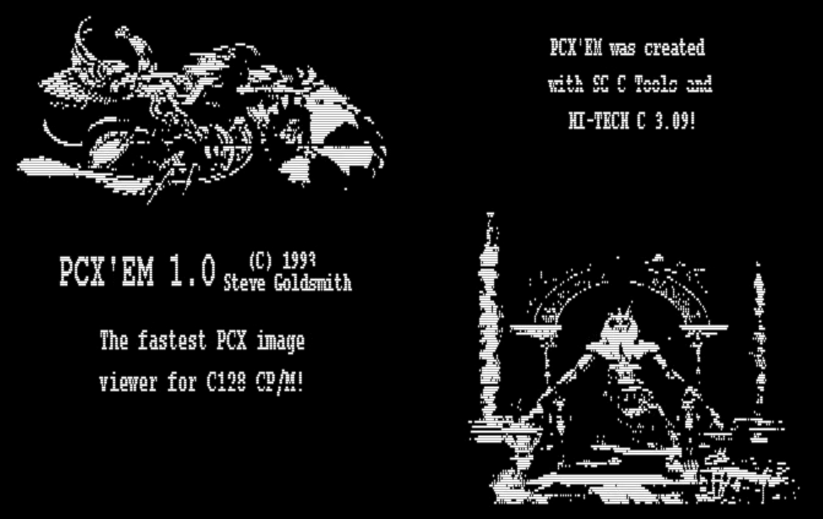 ZSoft Corporation released PCX in 1985 as an image format for its PC Paintbrush graphics editing software. PCX stands for PiCture eXchange and supported a version of Run Length Encoding to compress the images. Over time several releases of the format were made to support more features and colour palettes.

The only viewers I found for PCX files were written by Steve Goldsmith in 1993 for the Commodore 128 with an 80 column monitor. They work reasonably well but can only view monochrome images and there is some image distortion. The best variants can be found on the Walnut Creek CD: 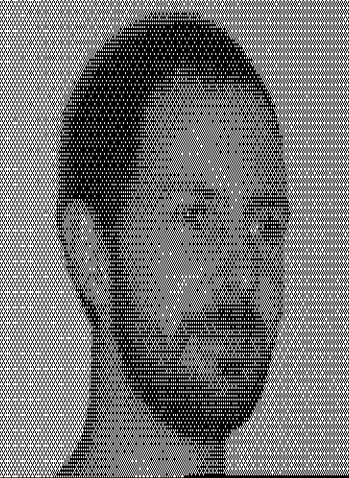 As colour support and display resolutions increased CompuServe decided to release a new image format in 1987, called the Graphics Interchange Format (GIF). This supported upto 256 colours and its use of LZW data compression was much more efficient than RLE. The original release was known as GIF87 and a further release was made in 1989 called GIF89a which added several features, most notably animation. However, not all GIF viewers can view the '89 version of the files so there is a program called GIFSTRIP to convert GIF89a images to GIF87. There are a few GIF viewers for CP/M: 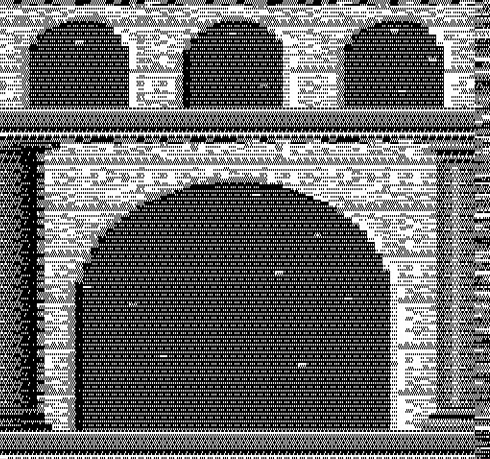 Microsoft developed the BMP format in 1987 to store Device Independent Bitmaps and was first used in Windows 2.0. It supports compression using RLE or a form of Huffman coding. I found one viewer for this format:

There were many other formats supported by various applications, which tended to be specific to a single machine or hardware manufacturer. Some of the most notable are:

You can see some of the images viewers in action on various types of machine in the following video.

Image Viewers on CP/M by Lawrence Woodman is licensed under a Creative Commons Attribution 4.0 International License.